The Neofuture Immigration and Education Services has been in contact with many complicated cases, but we help customers with applications with 100% service enthusiasm and develop the most suitable programs for them. Finally, we win unanimous praise from clients with high approval rate. Here are some success stories:

Ms. Liu is an elderly mother in her 40s. She found Neofuture Immigration and Education Services to help her child apply for a study visa when she was in primary school. After successfully getting her child’s study visa, Ms. Liu accompanied her child to study in Canada with her tourist visa. After entering Canada, Ms. Liu made up her mind to entrust us to help her apply for her study visa. The certificated immigration consultants worked out the most suitable plan for Ms. Liu, and we also helped Ms. Liu get the admission letter of the college as soon as possible, and submitted the application for a domestic tourist visa to transfer to study permit.

It is the first time for zhou, an overseas customer, to apply for a study visa. Her father also needs to apply for a tourist visa to accompany her. There were some complex situations in handling the transcript and proof of family funds, which delayed a lot of time. According to the situation of Ms. Zhou’s family, we specially made a list of materials most suitable programs for her and her father, and noted all the details of the requirements. Then, we put forward a lot of perfect suggestions. Both applications were approved less than two weeks after they were submitted.

This client is to apply for family reunion visa in Canada, as shown below:

The customer applied for a Canadian visa for the first time, and only one trip to other countries was recorded. To be honest, there is a certain risk of visa refusal. Because, travel records are an important factor in the approval rate of Canadian visa. However, we submitted our application on October 22 and was approved on November 2. it cost just 10 days to obtain the approval. 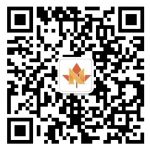